Conner Jones Back With Venturini For 2023 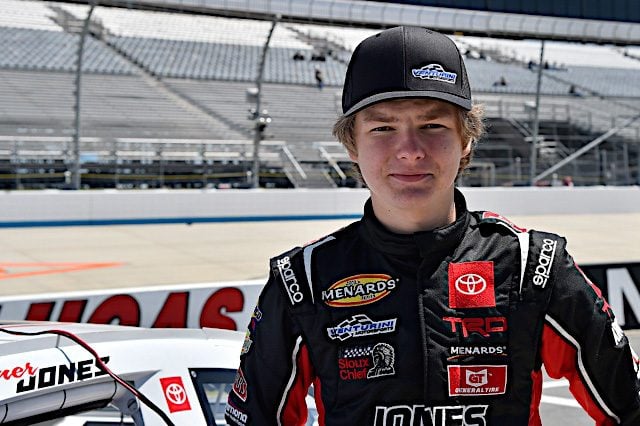 Jones is planned for a 10-race campaign in the main series, plus one each in the ARCA Menards Series East and West.

A car number for his efforts has not yet been announced.

“I’m excited for the opportunity to return to Venturini Motorsports this season for additional races,” Jones said in a release. “Being teamed up with one of the top teams in the ARCA Menards series will allow me to gain more experience and develop my craft behind the wheel.”

Jones’ season begins at Phoenix Raceway; his full schedule can be found here.

In 2022, Jones made four starts for Venturini, scoring one top five and two top 10s.

He also earned one top 10 in 2021 while competing for Cook Racing Technologies.