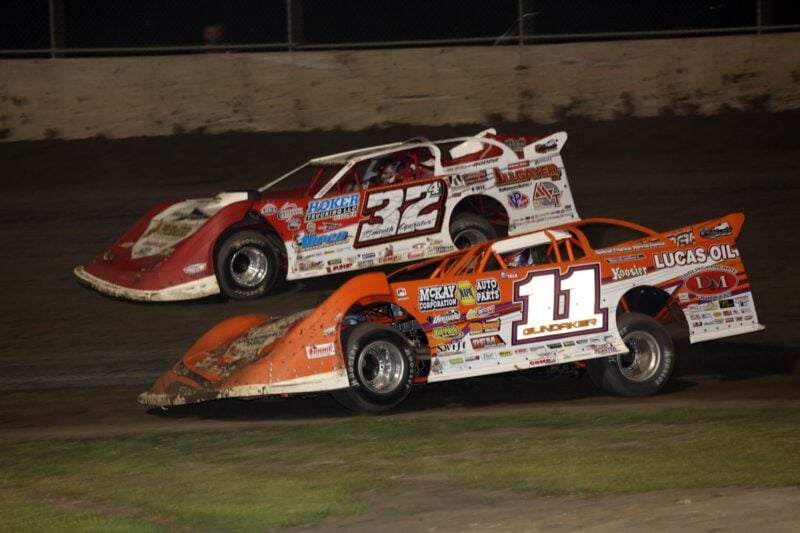 • 50 laps slowed by only one caution
• 5 lead changes at the line, several more in the turns
• Davenport led early, then Pierce, then Marlar before Pierce comes back and trades multiple sliders/crossovers with Larson for his 8th @WildWShootout win pic.twitter.com/vTzQWHqZ1R

In a Nutshell: After all the angst and frustration over the Chili Bowl sniffing its own farts, dirt racing fans got a very welcome reminder of everything right with this sport Sunday night.

The Wild West Shootout announced Saturday that it will remain at Vado Speedway Park in New Mexico for 2024 and all I can say is Thank God! Sunday’s 50-lap feature race was literally as good as motorsports gets, with a legitimate four-car battle for the lead that raged from green to checkers. And it was all done squeaky clean. Midget racing and “slide or die,” eat your heart out.

It may not have had the fireworks of Vado, but Saturday night also capped the annual IMCA residency at Cocopah Speedway that put on a week of very solid feature races, especially in the stock car ranks. Honestly, part of me wishes that we could get a few days with the late models down there as well. I don’t know if the track would hold up as it did racing IMCA cars with narrow tires, but the Cocopah surface was worth commending just as Vado’s was.

Speaking of Cocopah, after enduring a rain delay for the first time in the four-year history of the event…