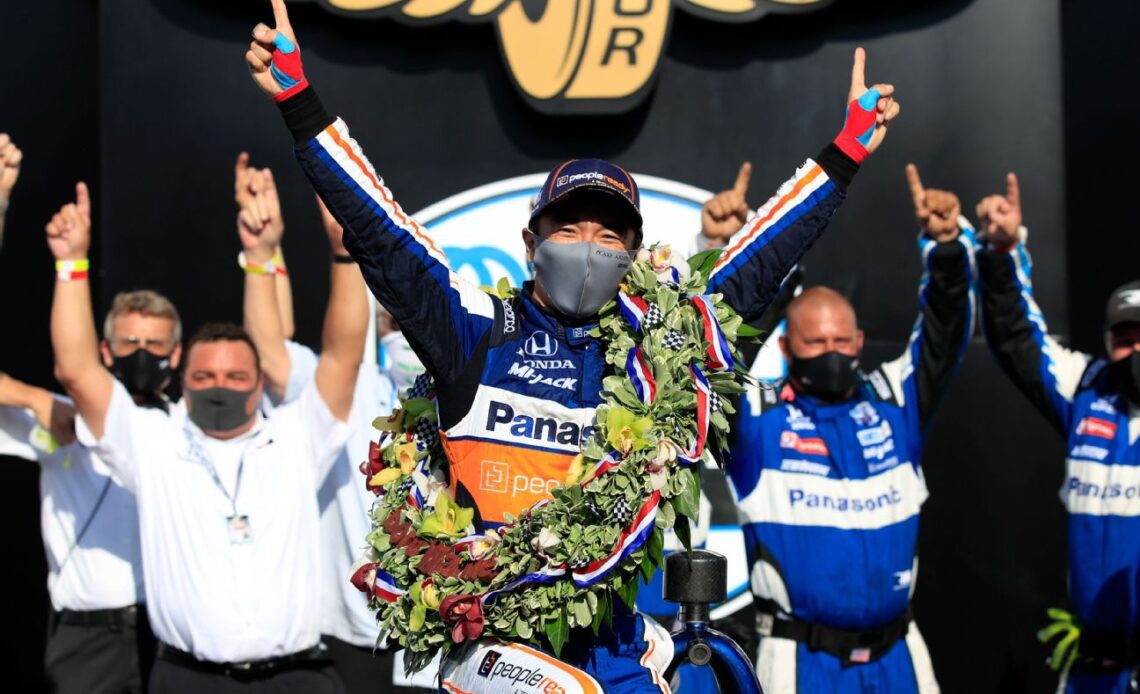 INDIANAPOLIS — Two-time Indianapolis 500 winner Takuma Sato will wind down his career this season by scaling back to ovals only in IndyCar as the Japanese driver moves to Chip Ganassi Racing.

Sato will share the No. 11 Honda with rookie Marcus Armstrong, who was hired to drive the IndyCar street and road course races for Ganassi. There are five oval races on this year’s IndyCar schedule and Tuesday’s announcement said only that Sato will “pilot the No. 11 Honda in oval competition.”

Sato would almost certainly be at the Indianapolis 500, which he won in 2017 driving for Michael Andretti and 2020 driving for Bobby Rahal. Sato is the only Japanese winner of “The Greatest Spectacle in Racing.”

Sato finished third at Indy in 2019 and crashed on the final lap racing Dario Franchitti for the 2012 victory. Franchitti won the race for Ganassi, an organization Sato is finally joining in a career that has spanned more than two decades, multiple teams and a start in Formula One.

“Focusing on the oval races is a new chapter for me but I’m thrilled to have the ability to race with team members and teammates that have won the championships and Indianapolis 500 in the past, which is a tremendous advantage,” Sato said.

Sato has six career victories over 13 seasons in IndyCar. His 215 career starts is sixth among active drivers and 22nd all-time. He spent last season driving for Dale Coyne Racing.