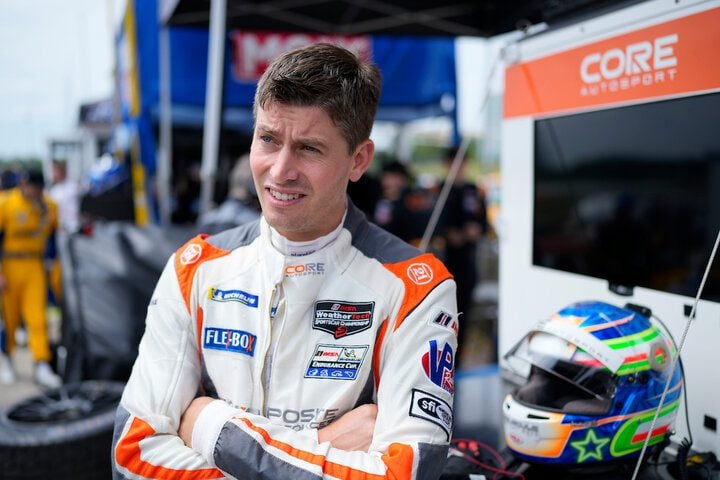 Saturday dawned dreary but dry at Daytona International Speedway. That allowed the 61 teams in attendance to get more time in on-track. In the afternoon, rains moved in. Before the rains fell, Meyer Shank Racing with Curb-Agajanian’s Colin Braun turned in the fastest lap of the weekend at 134.851 mph.

During the early test session, all the best laps were turned in during the first 10 minutes of the session. BMW M Team RLL’s Connor de Phillippi and Cadillac’s Sebastien Bourdais were quick early on, but Tom Blomqvist set the fastest time of the session at 134.392 mph.

The 90-minute session had one red flag. Proton Competition’s Fred Poordad stopped in turn 7 and had to be removed from the track. After a 30-minute stint in the garage, the ORECA 07-Gibson returned to finish the session.

GTD Pro was led by TeamTGM’s Owen Trinkler with a lap at 119.375 mph, good for 31st overall, but over a half-second slower than Schandorff. Trinkler was just .025 seconds quicker than The Heart of Racing’s Ross Gunn. VasserSullivan’s Mike Conway was third in his Lexus, then WeatherTech Racing’s Jules Gounon. Iron Lynx’s Andrea Caldarelli was fifth in the best of…