US drivers like Sargeant need F1 experience before joining Haas 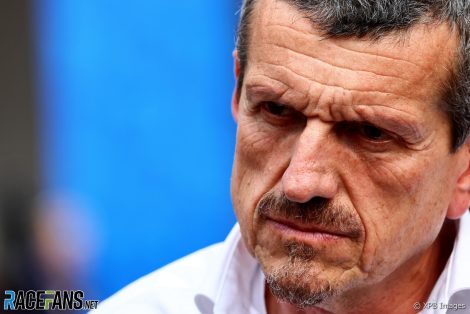 Haas team principal Gunther Steiner has expressed interest in having Logan Sargeant as one of his drivers once the American rookie builds up his Formula 1 experience – and gains more support at home.

Sargeant is graduating from Formula 2 with Williams this year and is due to become the United States’ first full-time F1 driver since 2006. Haas’ rivals AlphaTauri also tried to bring a rookie American driver, Colton Herta, into F1 this year, but he was unable to acquire an FIA superlicence.

Haas joined F1 in 2016 and are the only American team in the series. However their only experience of fielding an American-born driver came in 2020 when their American-Brazilian reserve driver Pietro Fittipaldi was called up to contest the last two grands prix. He raced under the Brazilian flag.

Steiner was asked by Texan television station KVUE what it would take for Haas to run an American driver in the future.

“Absolutely we would like to see it, but I think the answer is not a simple ‘what would it take?’. I mean, what would it take is a consequence,” he explained. “So I think what we need to see is to make a development of an American driver, which is very difficult.”

Aside from Fittipaldi, the only other rookies to appear for Haas were Mick Schumacher and Nikita Mazepin in 2020. The latter was dropped before last season began as a consequence of Russia’s invasion of Ukraine, while Schumacher’s contract was not renewed following his second season.

“We had the last two years ago with two rookies, last year with one [inexperienced driver]. And we as a team are still very young. We are still the newest team in F1. And for us at the moment there is more performance to be gained for the team to make it better, to get ready, because at the moment there is no American driver with experience in F1.

Assuming he participates in every round on the 2023 F1 calendar, Sargeant will have started 23 grands prix and six sprint races by the end of the year.

Steiner says Sargeant’s signing “is a very good thing to see” but added he would “like to see a little bit more support” from America for the rookie.