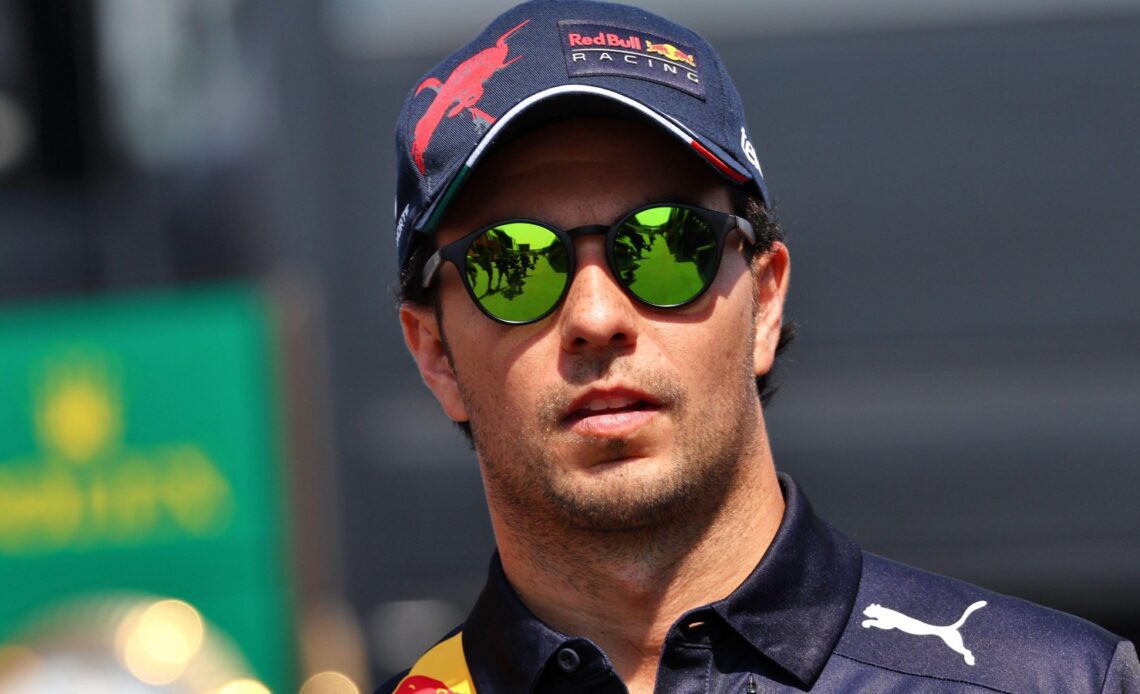 Red Bull boss Christian Horner was happy to see Sergio Perez back on the pace in qualifying at Paul Ricard.

Perez had lagged some way off the pace of his team-mate Max Verstappen throughout free practice at the French Grand Prix, the Mexican racer needing to find a second heading into qualifying if he was to challenge for pole position.

He did find a sizeable improvement though, allowing Perez to secure P3 on the grid, a tenth-and-a-half down on Verstappen who qualified P2.

Horner explained that after “working through a few things” during Friday practice, Perez had “turned up” back on form for qualifying.

“He turned up today,” Horner told Sky Sports F1. “The Checo we had yesterday, he was working through a few things but he stepped it up a gear today and it’s great to see him back right there on the pace.

“Both drivers, second and third on the grid, we can do something from there I believe in the race tomorrow.”

Verstappen missed out on pole to Charles Leclerc by three tenths, so Horner was asked whether the pace had been in the RB18 to have snatched pole if they had utilised the tow, as Ferrari had done.

Horner felt maybe another tenth-and-a-half at most could have been squeezed out, but generally accepted Ferrari reigned supreme over one lap.

“I think we might have been a tenth, maybe a tenth-and-a-half closer, but I think just over that one lap Ferrari had the advantage on us today,” said Horner.

Attention quickly turns to the race for Horner, who is intrigued to see how the different philosophies of Ferrari and Red Bull come into play.

Ferrari have gone with a higher-downforce approach, while Red Bull are more “trimmed out” as Horner termed it.

“We’ve got two very different concepts of attacking this racetrack this weekend,” he continued. “Ferrari running a little bit more downforce, we are a bit more trimmed out, so it’s all about tomorrow.”

It was then put to Horner that Red Bull appear to firmly have the upper hand when it comes to straight-line speed, something which surely gives them great confidence.

Horner agreed Red Bull are looking strong in the second sector, which features a pair of straights, but argued tyres will play a crucial role in the race.

With baking hot temperatures expected, he feels that will…