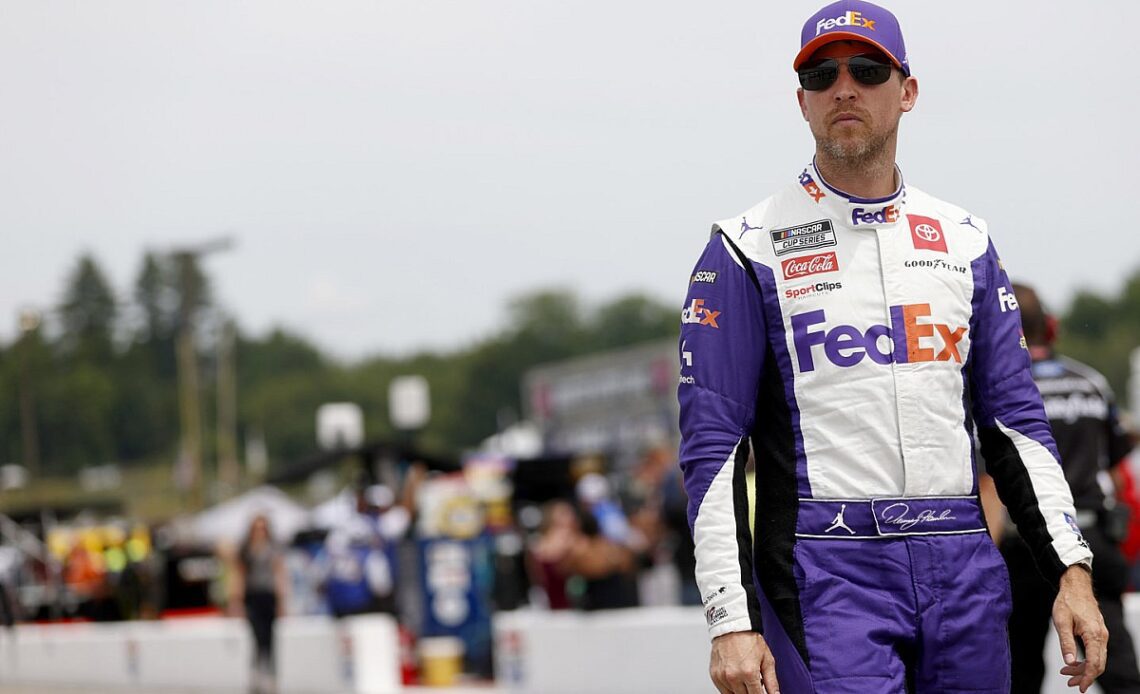 Hamlin, the next-to-last driver to qualify in the final round on Saturday, posted the fastest average lap speed at 169.991 mph.

The pole is the third of the 2022 season for Hamlin and the 36th of his career. He won from the pole earlier this year at Charlotte.

“I hope it just keeps driving like that. It’s good,” Hamlin said of his No. 11 Toyota. “We made some big strides from practice, honestly. The team did a phenomenal job getting this thing ready for qualifying.

“I made some adjustments – and all better.”

While beginning his qualifying attempt in the final round, Kurt Busch got loose coming off Turn 3 and backed his No. 45 Toyota into the wall, doing extensive damage to the car.

Whether he goes to a backup car or major repairs are made to his car, Kurt Busch will have to start from the rear of the field in Sunday’s race.

Hamlin ended up fastest in Group B with an average lap speed of 169.348 mph.

Kurt Busch and Suarez also advanced to the final round.

Among those who failed to advance were Ross Chastain, who was fastest in Saturday’s practice but spun in the final minute; last week’s race winner, Christopher Bell; and Joey Logano.

Kyle Busch led the way in Group A qualifying with an average lap speed of 169.259 mph.

Also advancing to the final round of qualifying were Truex and Blaney.

Among those who failed to advance were William Byron, Erik Jones, Kevin Harvick and Chase Briscoe.

Jones, among the top-10 in practice, tagged the wall on his qualifying run which will leave him starting Sunday’s race in the back of the field.