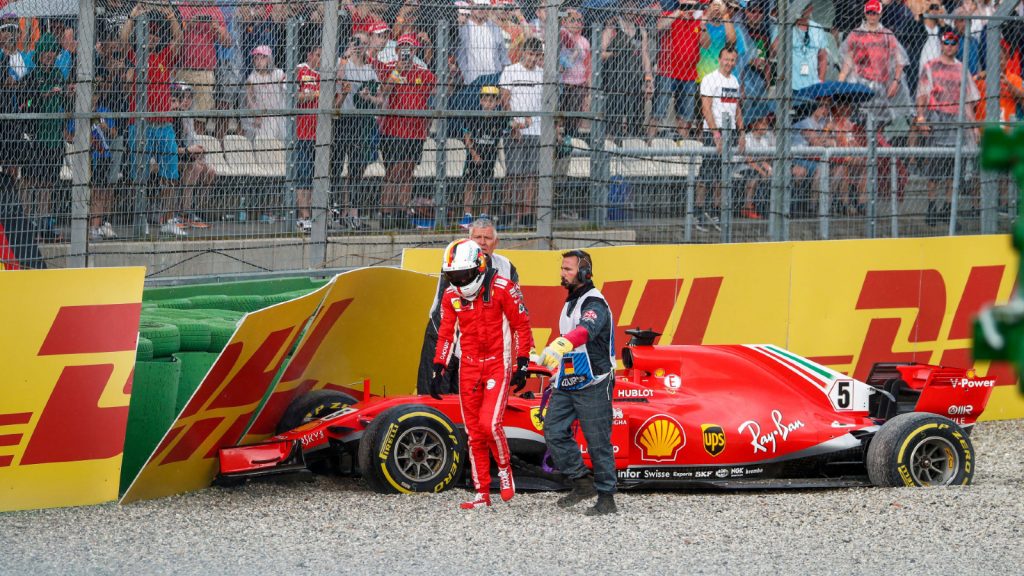 Charles Leclerc’s race-ending mistake at Paul Ricard is comparable to Sebastian Vettel’s at Hockenheim in 2018, according to Jack Aitken and Jack Nicholls.

Leclerc retired from the French Grand Prix after spinning his Ferrari into the barriers at the high-speed Le Beausset, while trying to maintain his lead over Red Bull’s Max Verstappen through the pit stop sequence.

Leclerc held his hands up to the mistake, and is keeping his head low during the week leading into the Hungarian Grand Prix in the wake of the incident, which handed a 26-point swing to Max Verstappen in the Drivers’ Championship.

Leclerc’s error is his second of the season, following on from a less serious moment at Imola which saw him spin off into the barriers while hunting Red Bull’s Sergio Perez.

Nicholls compared the moment to Sebastian Vettel‘s error while leading at Hockenheim in 2018, when the then-championship leader slid off the road and handed a large points haul to title rival Lewis Hamilton – Vettel never regaining the impetus in the title fight after.

“Yeah, it is,” Nicholls said, when asked if the moment is comparable in terms of the impact on the title fight.

“The problem for Ferrari is that there have been quite a lot, but this one’s just the huge swing from 30 points, where it could have been, to 63.

“It’s up there with Vettel crashing out in Hockenheim all those years ago in the rain and, honestly, spinning from the lead of the race in the bone dry is so, so rare, because I remember we had this conversation when Vettel spun out.

“We were having this conversation of ‘when was the last time a driver crashed out from the lead’ and, OK, in that scenario, well it was a bit wet.

“But you’re thinking back to [Mika] Hakkinen when he crashed out of the lead in Imola in ’99. It’s so so rare in Formula 1, that a driver just loops it by himself.”

Aitken agreed with Nicholls and said that, in the case of Leclerc’s Imola error, that could have been race-ending had fortune not been on his side.

“That easily could have been a retirement as well, if you strike the barrier in a slightly different way,” Aitken said.

“It’s not the first time that we’ve seen this from Leclerc. These kind of mistakes, they do seem to happen a little bit more often…