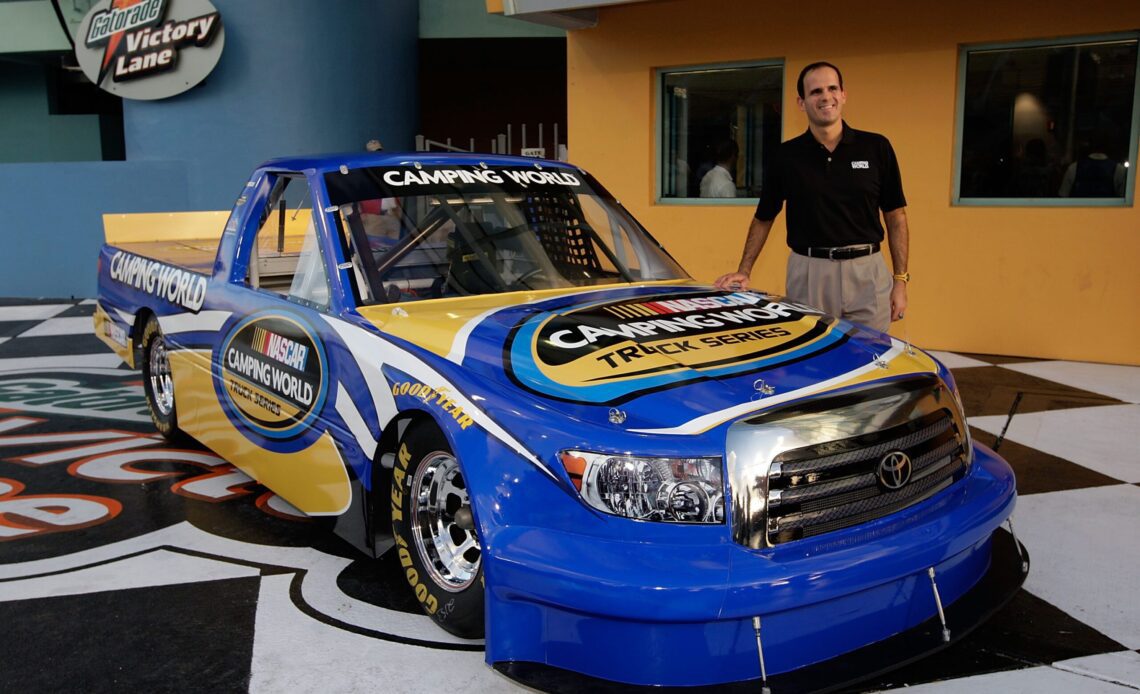 Camping World, which has served as title sponsor for the NASCAR Camping World Truck Series since 2009, will end its tenure at the end of this season.

Camping World CEO Marcus Lemonis announced Wednesday (July 27) via Twitter that the company will not return to sponsor the series in 2023.

What a ride it’s been! Thank you @NASCAR pic.twitter.com/yLZjJN6OXr

Not long after the announcement, Lemonis appeared on SiriusXM NASCAR Radio.

“You got to make tough calls, and we’re in an environment and economy that I think is going to be perfectly fine because we’re resilient people. My people matter to me more than a sticker on a car or a name on television. It’s just at the end of the day, I’m watching people struggle.”

While it does come as a bit of surprise since Camping World has served as title sponsor for such a long time, it shouldn’t be considered completely out of the blue. Lemonis dropped a cryptic tweet earlier this season in response to Mars, Incorporated’s “swan song” as title sponsor for the Pocono Raceway NASCAR Cup Series event ahead of its exit from NASCAR at the end of the season.

“Lots of change happening and I’m sure more coming,” the tweet read.

Granted, there was no indication at the time that Camping World was on its way out, but it should have at least raised a few eyebrows since the company’s current contract only runs through the end of this season. Add in Camping World’s expansion to other series, including NHRA and the Camping World SRX Series, and the writing was on the wall.

When the Truck Series debuted in 1995, it was dubbed the Super Truck Series until Craftsman took over as title sponsor of the series the following year. It wasn’t until late 2007 when NASCAR announced it was searching…