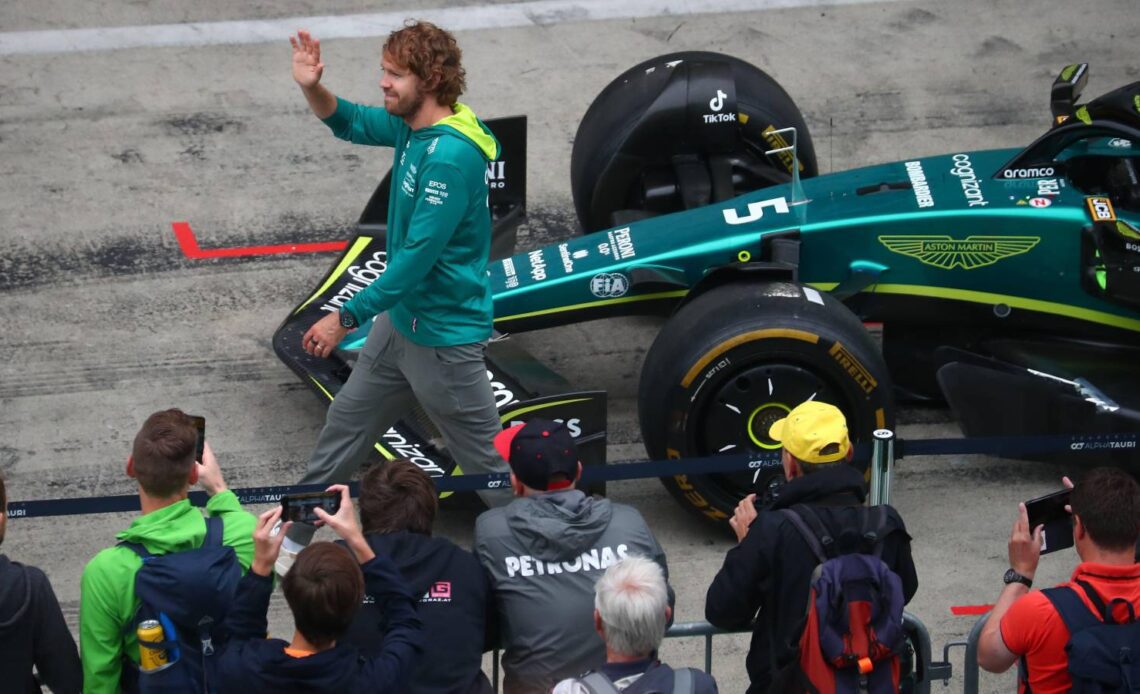 Leading Formula 1 personalities have been paying tribute to Sebastian Vettel following his announcement that he is retiring the sport at the end of this season.

Having made his debut at the 2007 United States Grand Prix, the German is set to call it 300 races and out when he bids farewell at the Abu Dhabi GP in November.

Vettel won all four of his World Championships for Red Bull between 2010 and 2013, and the team with whom he enjoyed most success were quick to express their gratitude upon news of his impending goodbye.

Danke, Seb 👏 Cheers for the great times and the four World Championships 🏆🏆🏆🏆 pic.twitter.com/Z2D2igIJg1

In 2005, Vettel tested for Williams at Jerez after winning the Rookie Cup award in the Formula 3 Euro Series.

A lover of F1 history who has enjoyed a remarkable career 👏

Congratulations on all your achievements, Seb. Enjoy your retirement! 🤝#WeAreWilliams pic.twitter.com/616DYYUSWf

McLaren were always a rival of Vettel’s, most notably during his time at Red Bull, but they were also quick to send their well wishes.

A champion on and off the track. pic.twitter.com/KU6fZABpNA

Likewise Alpine, whose Esteban Ocon was the driver Vettel battled in vain with for the win at the 2021 Hungarian Grand Prix – only for the German to be subsequently disqualified for a fuel infringement. Alpine’s other current driver, Fernando Alonso, has been a long-time rival of Vettel.

And of course, Aston Martin are Vettel’s current team – who are now tasked with finding a driver to replace him for 2023. Who will that be, we wonder?

Sebastian, you have inspired so many throughout your career, both in #F1 and beyond.

Martin Brundle has also passed on his best wishes to the four-time World Champion and, we agree, this won’t be goodbye to Sebastian Vettel, it is merely a…