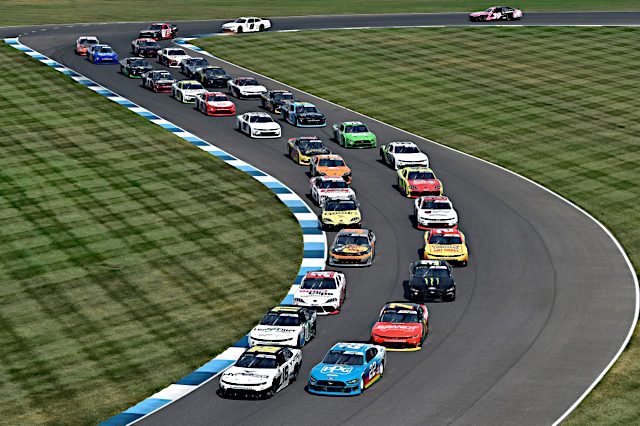 The NASCAR Cup Series and NTT IndyCar Series are racing back-to-back at the Indianapolis Motor Speedway road course once again after their 2021 doubleheader, but it’s not the first time a NASCAR division has orchestrated a double feature with the open-wheel field.

IndyCar had same-afternoon doubleheaders with the Xfinity Series in both 2020 and 2021, the latter doubling (pun intended) as a weekend feature with the Cup Series.

That said, the open-wheelers have been racing on IMS’ infield layout since 2014; NASCAR didn’t switch to the circuit until after the turn of the decade.

Some of the inexperience aside, let’s take a look at last year’s doubleheader and how it unfolded for both series, and preview how things could unfold for 2022.

If someone had to pick a winner for IndyCar’s event at the layout, it’d probably be Will Power. He’s won five of the 12 total Indy Grand Prix events, including last year’s late-summer running as part of that doubleheader weekend. Former Team Penske stablemate Simon Pagenaud has three wins of his own there, but hasn’t visited that victory lane since 2019 and is now in different equipment with Meyer Shank Racing, while Power is still with Penske.

Power’s dominance is staggering: another podium in the most recent race at Indy’s road course means half his finishes are podiums, while all but three are inside the top 10. His average finish sits at 6.58 and he’s led an incredible 341 laps, including a wire-to-wire victory in 2020 that featured the No. 12 out front for all 75 circuits.

Since the beginning of 2020, six races have been run on the Grand Prix course, and 10 different drivers factor into the 18 total podium finishers. There’s very little consistency among who ends up on the trio of steps once the checkered flag flies, at least recently, outside of a couple of names

Colton Herta has stood on each step: after fourth-place efforts in each of the first two 2020 events, he finished second in the third. He followed that with a third-place in 2021’s second visit and won 2022’s first, leading 50 laps (and making a spectacular save) en route to the victory.

A driver looking for his first career victory in the series is Romain Grosjean. After 179 starts in Formula 1 in a career that nearly came to a horrific end at…