Max Verstappen enjoys battles and laughs with Ferrari, not like 2021 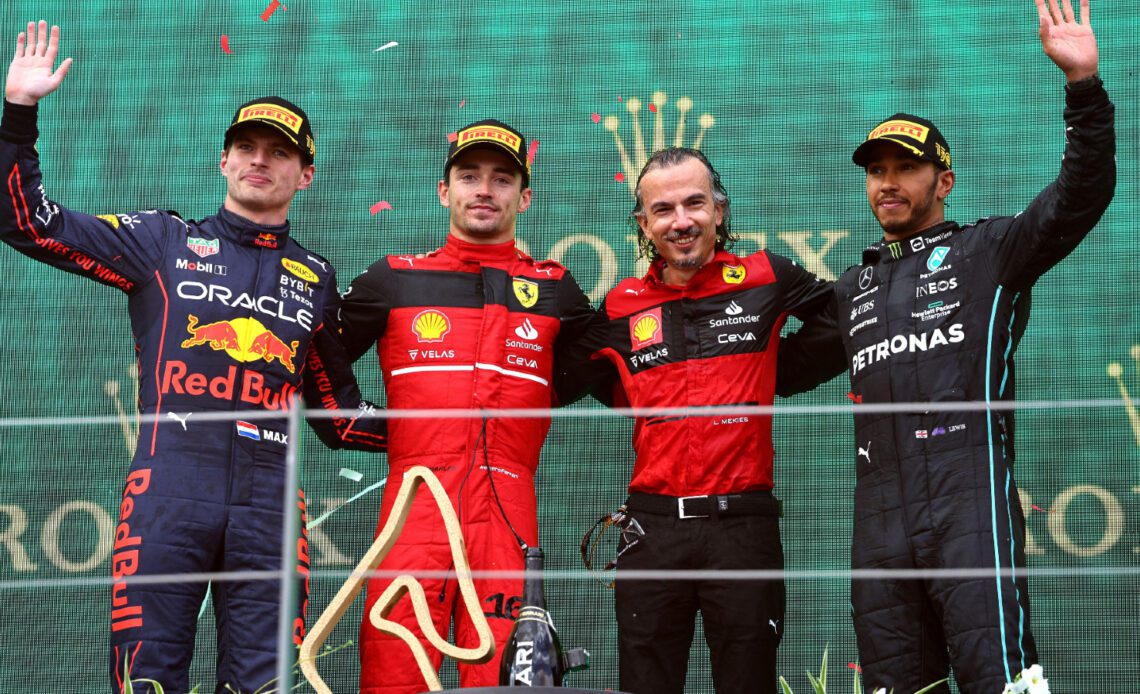 Max Verstappen enjoys battling on track with Ferrari and then sharing a laugh off it, which is why he prefers this to the Mercedes rivalry.

Tempers flared on a consistent basis in 2021 between Mercedes and Red Bull, the duo slugging it out over an epic season in pursuit of title glory.

Mercedes boss Toto Wolff and Red Bull principal Christian Horner provided plenty of the fireworks with their verbal fights, while on the track Verstappen and Lewis Hamilton clashed multiple times.

Mercedes and Hamilton have fallen away from the title conversation in 2022 though, with Ferrari taking over as main challenger to Verstappen and Red Bull.

And despite plenty of on-track battles having taken place in 2022 between Verstappen and Ferrari’s Charles Leclerc, there has been a distinct lack of tension, with their duels contested as clean as a whistle, something far from true when it was Verstappen and Hamilton scrapping last season.

And not only is Verstappen liking the competition on the track in 2022 against a “very well-respected competitor” in Ferrari, he says he also enjoys the good dynamic off it.

Revealing that he has a “really good relationship” with Ferrari principal Mattia Binotto, Verstappen spoke of sharing a good laugh with the Ferrari crew on Saturday night at Paul Ricard, something which he says is a common theme of this well-mannered contest.

And it is this balance of clean on-track competition and good vibes off the track which Verstappen says racing is all about.

Asked by Sky Sports F1 if an issue of the battle with Hamilton was the generation gap, Verstappen replied: “For sure, but I prefer what we have now.

“Because first of all, Charles, I know very well, he’s a nice guy, we are similar age, I think we’re only three weeks apart. And I think also we are fighting a very well-respected competitor in terms of Ferrari, the way they go about, the way we are fighting.

“When they win a race, we can go to them and say, well done, and when we win a race, they can say well done and I really respect that.

“And also, certain people within the team, I will say even Mattia [Binotto], I have a really good relationship with him. I always have a good laugh.

“Even on Saturday night we had a laugh at Paul Ricard and I think that’s great, because that’s what racing should be about. We are hard competitors on the track, and we will always try to beat each other, which I think is very normal, but outside of it, you can have a good time as…