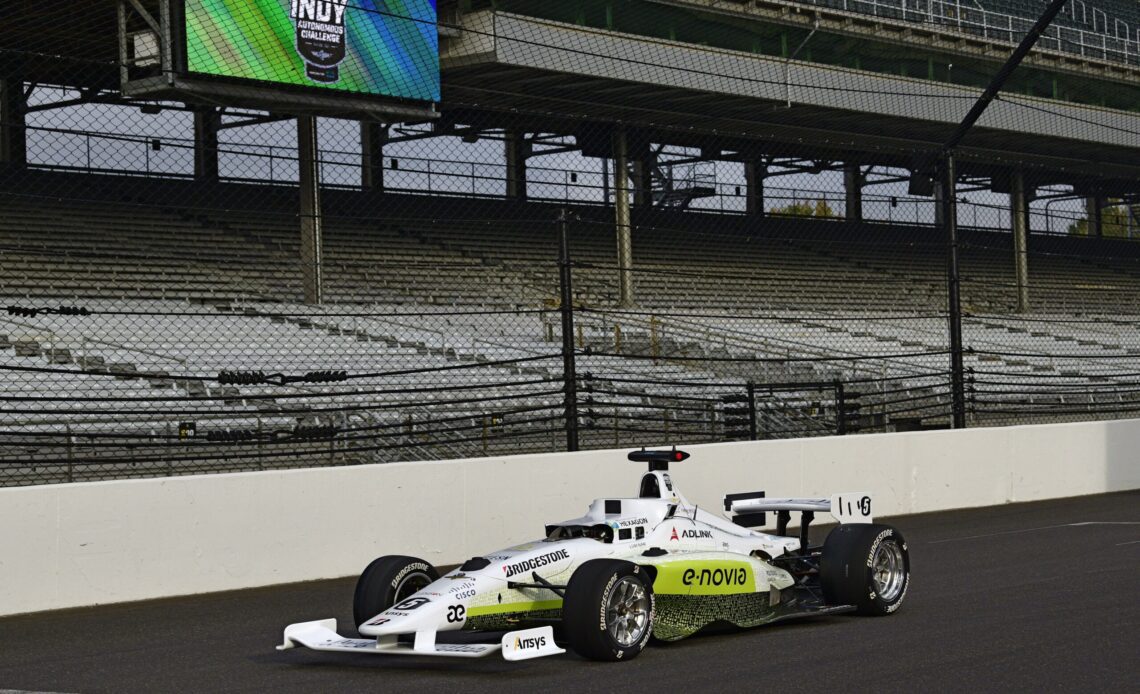 IAC, which began in 2020 and saw its first on-track action at Indianapolis Motor Speedway in the summer of 2021, asks university teams from around the world to write software for nine Dallara AW-21s, autonomous racecars based on an Indy NXT (formerly Indy Lights) chassis. With only IAC race control allowed to communicate with the onboard supercomputers during events, the series sees truly autonomous driving on some of the world’s fastest racetracks.

Instead of a traditional race format, IAC competitions see teams compete in heats, with two cars on track at a time executing controlled passing maneuvers at increasing speeds until one of the programs reaches its limits. Two such events, one each at Texas and Las Vegas Motor Speedway, have gone off without a hitch, despite extremely low track temperatures at Texas forcing race control to severely reduce speed.

Mitchell told the press, including Frontstretch, that the series’ next target is to have driverless cars safely executing passing maneuvers at over 180 mph at Las Vegas on January 7. And then?

While he was tight-lipped on which venues will see exhibitions in the new year, he was confident in the ability of the software and hardware to adapt to a whole new driving discipline.

IAC teams, including two-time Challenge winners the teams, PoliMOVE (formed by PhD and Masters students at University of Alabama and Italy’s Milan Polytechnic), can rely on the AW-21’s exhaustive array of sensors: three solid-state LIDAR units, three RADAR units, six optical sensors and six GPS units, to accurately locate vehicles on track to within a fraction of a centimeter. In partnership with longtime series sponsor Luminar, across 2023 the IAC will be updating its fleet of AW-21s with production-spec Iris LIDAR units, the same units that will be used in Volvo’s EX90 passenger…