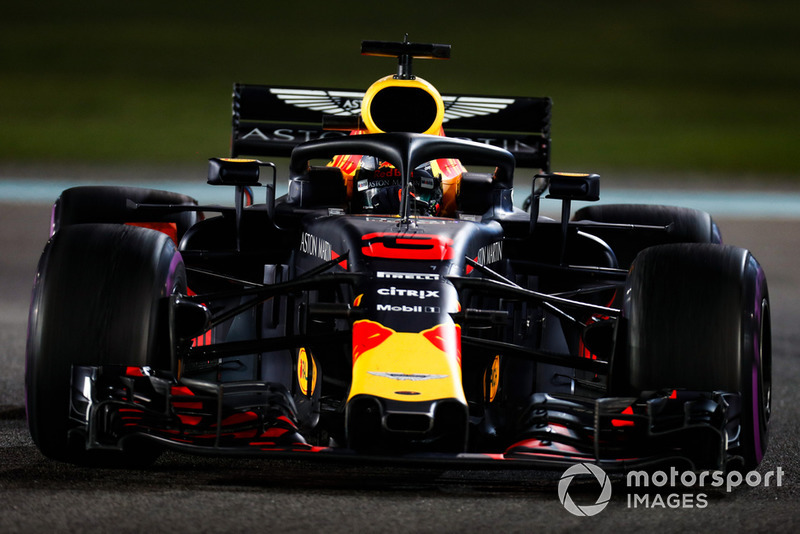 Eight-time grand prix winner Ricciardo will not be racing in F1 next year after his exit from McLaren was confirmed back in August.

The Australian explored some options to remain on the F1 grid, but ultimately turned attention to securing a reserve role for next year with the goal of then returning to racing in 2024.

The potential of a return to Red Bull Racing in a reserve role had been mooted in recent weeks. Ricciardo raced for the team between 2014 and 2018, scoring seven of his eight wins for the team and twice finishing third in the world championship.

Although no formal announcement has been made by the team, Red Bull advisor Marko claimed Ricciardo was set to sign as a third driver for next year, indicating the role would be chiefly relating to ambassador events and show runs.

“Ricciardo will be our third driver,” said Marko on Sky Germany after FP1 in Abu Dhabi.

“We have so many sponsors, we have to do show runs and the like, so of course he’s one of the most high-profile and best-suited.”

Ricciardo was also understood to have attracted interest from Mercedes in its continued lookout for a reserve driver in 2023.

But Marko said in the same interview that Liam Lawson, who has raced in Formula 2 for the past two seasons, would fulfil the reserve role across Red Bull and AlphaTauri next year.

Lawson featured for Red Bull in FP1 at the Yas Marina Circuit on Friday, finishing fifth, but is set to focus his racing programme in Japan next year.

“Lawson was unfortunately not as successful in Formula 2 as we had hoped, but he has already had a very good run in the AlphaTauri,” said Marko.

“He’s got potential. He’s going to drive Super Formula in Japan next year and be a reserve driver for Red Bull Racing and AlphaTauri. So it’s up to him to make the step up there.”

A move to Red Bull for Ricciardo would mark a reunion with the team whose young driver programme he represented through the junior ranks.

Ricciardo defeated reigning world champion team-mate Sebastian Vettel in their only season together at Red Bull, scoring wins in Canada, Hungary and Belgium. Vettel left at the end of the 2014 to be replaced by Daniil Kvyat, who lasted until…