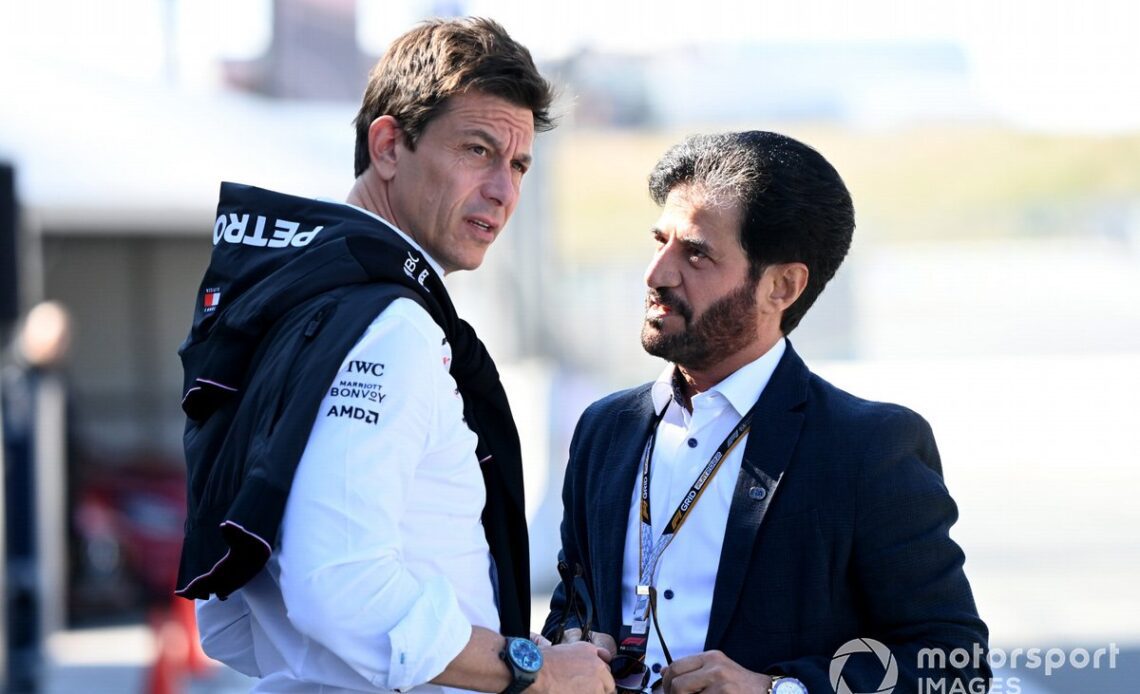 Rao joined the FIA in June as its interim secretary general for motorsport, replacing Peter Bayer following his exit from the governing body.

Rao previously worked at the FIA as its legal director between 2016 and 2018 before joining Mercedes, serving as general counsel and later as a special advisor to team principal Toto Wolff.

Her return to the FIA sparked concern among some rivals, with Ferrari chief Mattia Binotto saying there had to be assurances there would be no conflicts of interest given her prior links.

Rao played a role in overseeing the cost cap ruling in recent months, informing Red Bull F1 boss Christian Horner that his team was in breach, the information having already leaked out – something Red Bull advisor Helmut Marko suggested on German TV was “strange.”

Red Bull was ultimately handed a $7 million fine and am aerodynamic testing restriction for next year by the FIA, a sanction it labelled as “draconian” and “enormous.”

In a statement issued by the FIA on Wednesday, it was confirmed that Rao had left her position after working with FIA president Mohammed Ben Sulayem through his first year in the role.

“Shaila-Ann Rao returned to the FIA to assist the new Presidential Team during the transition period as Interim Secretary General for Motor Sport,” reads the statement.

“Shaila-Ann successfully managed this transition period, providing valuable support and assistance to the FIA President and the organisation during this period which is now coming to an end.

“Shaila-Ann will now therefore be leaving the FIA following the end of the Formula 1 Season. The FIA thanks Shaila-Ann for her support during this period.”

Ben Sulayem thanked Rao in the statement for her “invaluable contribution” during her time with the FIA, saying she gave him “great support in respect to Formula 1, always acting with professionalism and integrity.”

Rao’s exit comes days after Ben Sulayem dismissed suggestions of any pro-Mercedes links within the FIA.

“I’ll be very honest with you, and I’ll defend my opinion, but when it comes to Shaila-Ann, there were accusations that she is mainly a supporter of Mercedes,” he said.

“But actually, when the [cost cap] penalties were there with both teams, she said that’s a bit harsh from me.