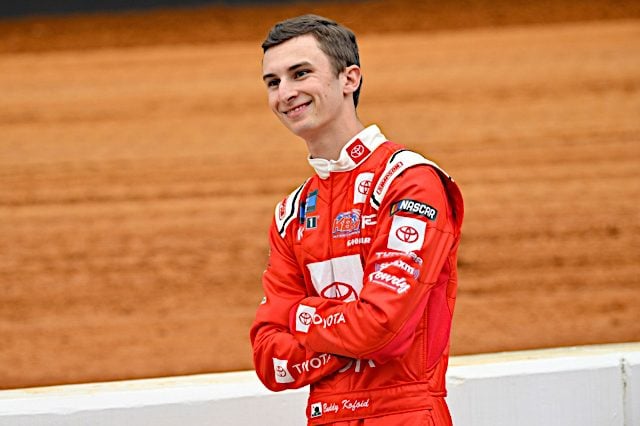 Winning Moment: Oklahoman Hank Davis scored one of the biggest upsets in Chili Bowl history in controversial fashion thanks to a glaring no-call from race officials and a freak Buddy Kofoid accident.

Soak it in, what a night in Oklahoma!!! | @Lucas_Oil @cbnationals | @hankdavis42

Dramatic Moment: Kofoid, heavy Tuesday night favorite and top points getter, wrecked from the lead of the feature eight laps in trying to avoid another wreck at the back of the field, setting up a deep soup run Saturday for the trendy pick to win the week’s Driller.

😲 It is chaos in Tulsa, your leader is out of this one! | @Lucas_Oil @cbnationals

In a Nutshell: Everything wrong with midget racing for most of the 2022 season came back with a vengeance Tuesday night in Tulsa.

That was the most midget race I’ve ever seen. Slide or get ran over

Any claims to legitimacy the Chili Bowl likes to hang its hat on went out the window Tuesday night, with race winner Davis allowed to keep his position on track despite running over Robert Pickens and sending him into a flip early in the feature race. Earlier in the evening, that exact same type of slide job resulted in Damion Gardner being sent to the rear of the field during a qualifier after he all but murdered Brayton Lynch with a slide job that resembled a T-bone.

And that’s not even mentioning the free pass Kofoid got for running over Gardner on the first lap of the first heat. No, Davis’s move was nowhere near as dirty as Gardner’s. But the same Flo Racing commentators who were tripping all over themselves to celebrate Davis’s win were blunt in the moment, noting that Davis’s slide job left Pickens with absolutely no way to avoid the calamity that ended his race. Koen Shaw said it best.

Hank Davis owes every @cbnationals official a hug and kiss.

I love a lot of what Flo Racing does for dirt racing, but peddling NFTs as a promotion is soooo 2022.

It’s been a long time since my days working in a warehouse setting, but yes, I can confirm…