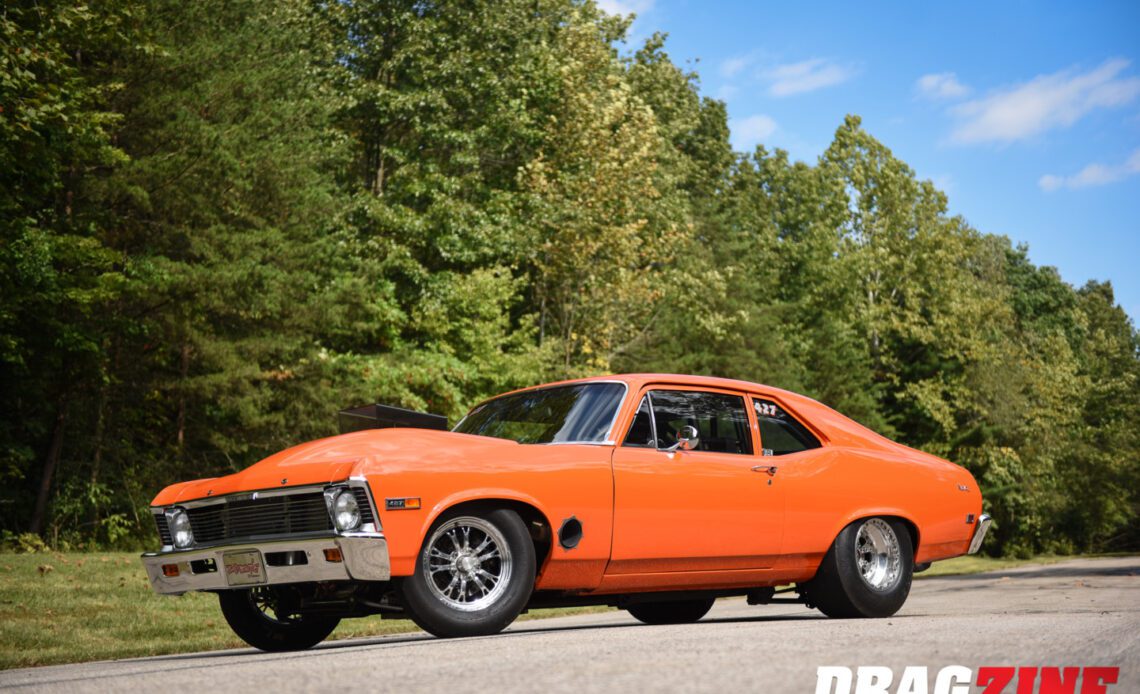 Mike Hadley is among a growing number of radial-tire racers dipping their toes into the no-prep drag racing scene, doing so with his 1968 Chevrolet Nova that many would agree is too pristine to chance on an un-prepped surface.

Beyond possessing that universal seat-of-your-pants talent behind the wheel, being in-tune with and knowing your race car inside and out provides a significant advantage in no-prep drag racing — not just in seeing the car shiny-side-up, but in going rounds. And there is perhaps no one that knows their machine better than Hadley.

The year was 1986, and Hadley, in high school at the time, was in search of a project; he found a Nova with a small-block, painted orange, and like so many other teenage gearheads, had to have it.

“I started racing in high school with this same Nova at local tracks like Brown County Dragway, Muncie Dragway and IRP. Back then it had a big-block 427 running mid 5-second 1/8-mile times. I wrecked the car in 2002 and pushed it aside and began racing a ’65 Nova for a while. Then I had found another solid ’68, an original four-cylinder, three-speeds-on-the-tree car, and decided to build it. I had Bill Carter at Two Lane Performance install a 25.5 cage and kept it small-tire stock suspension. I raced that for a few seasons and then sold it and went back to racing the ’65 again. That was, until my oldest son got his license and took over the driving. That made me decide to finally rebuild the original ’68.”

Behind the powerplant is a Dedenbear Powerglide transmission with a