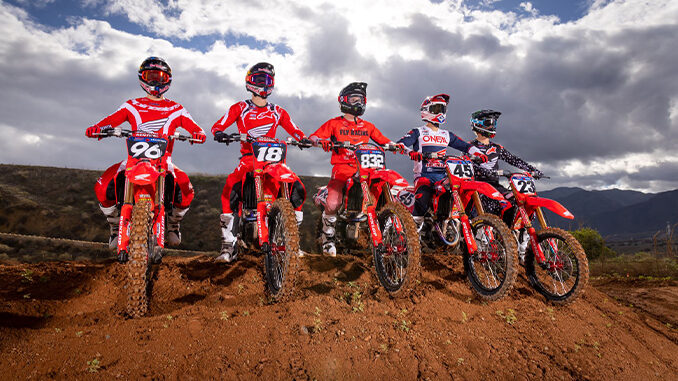 MENTOR, OH – January 10, 2023 – (Motor Sports NewsWire) – After five incredible seasons building its partnership with Team Honda HRC, Wiseco Performance Products is proud to expand its relationship to include collaboration with Honda’s 250SX program in addition to its existing 450SX relationship. This technical partnership focuses on piston development for the 2023 Monster Energy AMA Supercross and Lucas Oil Pro Motocross Championship seasons, which have joined forces to create the 2023 SuperMotocross World Championship. 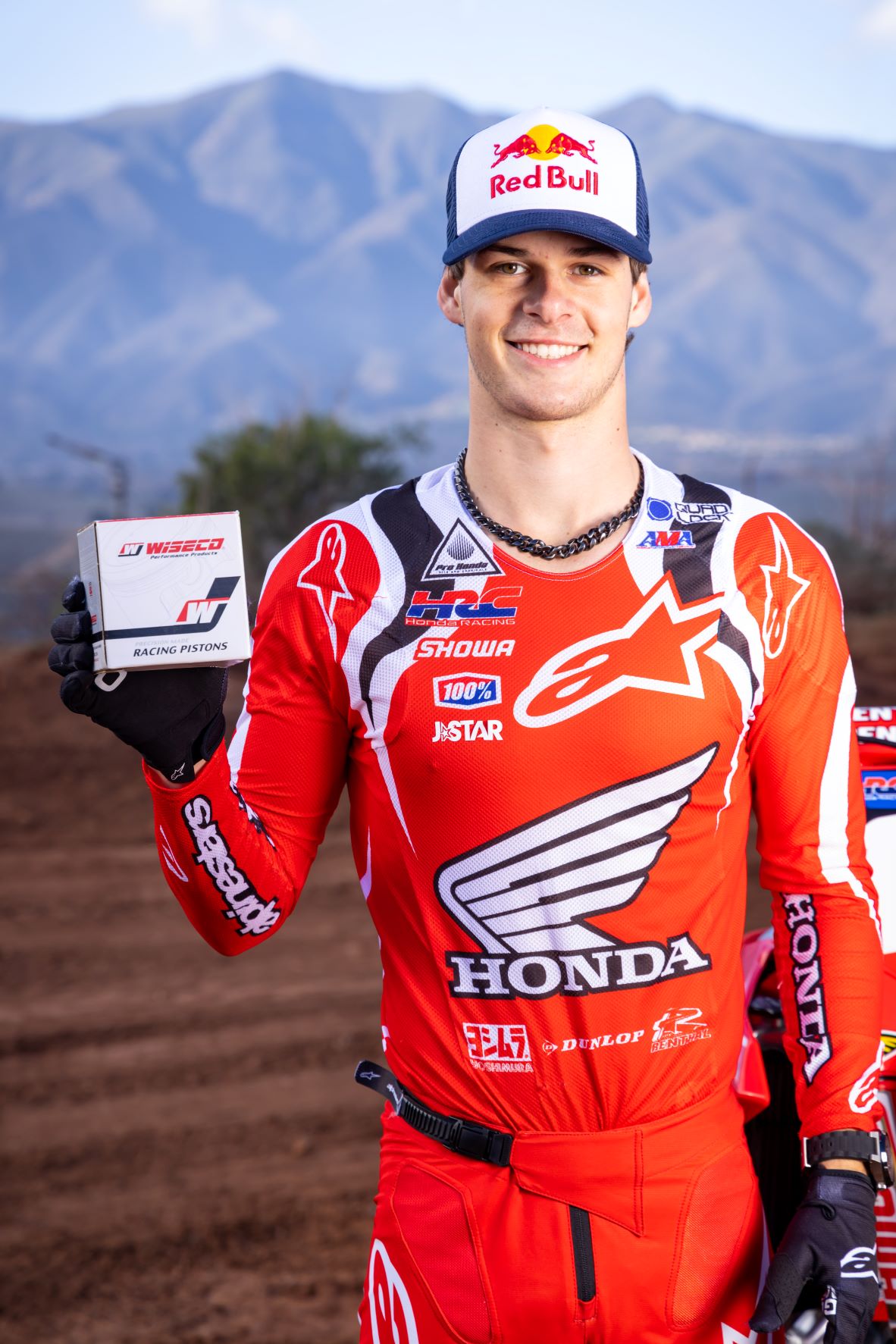 With over eight decades of performance and racing experience, Wiseco’s first-hand knowledge designing, developing, and manufacturing USA-made performance is a powerful complement to Team Honda HRC’s elite legacy in Supercross and Motocross racing. Wiseco will continue to work closely with the team on piston and engine package research and development services, now expanded to both the Honda CRF450RWE and CRF250R platforms for 2023.

“Team Honda HRC are very excited and proud to have Wiseco become a ‘complete’ team sponsor to include the 250 program as well the 450. Together we have had many successful years already on the 450, and we are ready to take that same success to the 250 class, where a high-performance, high-quality piston is extremely important.”

Coming off a pair of 2022 championships in AMA Supercross and Pro Motocross, now three-time title earner Jett Lawrence is campaigning the 250SX West Class while his brother, Hunter Lawrence will be campaigning the 250SX East Class, where each will be hunting for number one plates aboard their CRF250R machines. Additionally, proven amateur rider, Chance Hymas, will be campaigning select AMA Supercross 250SX West region rounds before competing in his first AMA Pro Motocross season.

Team Honda HRC’s 450SX class efforts are led by Chase Sexton, who has entered his third AMA Supercross season aboard the CRF450RWE and is coming off a season filled with championship-contending performances, as well as riding for the winning Team USA effort in the 2022 Motocross of Nations. Also backed by Wiseco, alongside Sexton, will be 2021 250SX East Region Champion Colt Nichols, making his debut in the premier class aboard his number 45 Honda. 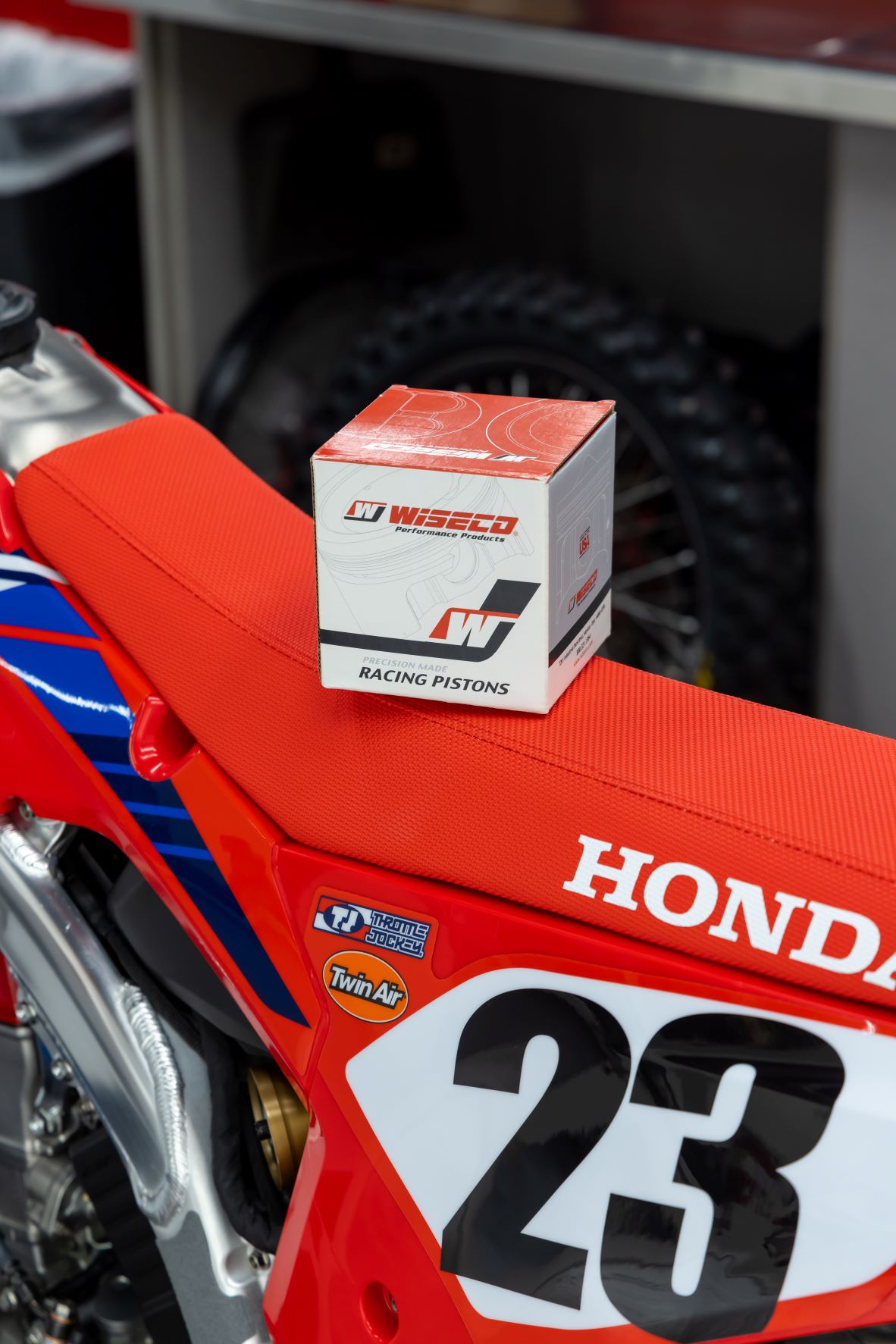 “Wiseco is thrilled to be evolving our relationship with Team Honda HRC entering the 2023 season,” explained Wiseco’s Director of Marketing, Scott Highland….