Drivers must not use FIA to promote “private personal agenda” 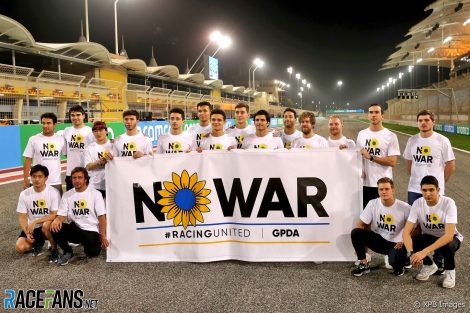 The FIA president has explained the decision to prevent drivers making “political statements” without the governing body’s permission.

The FIA’s International Sporting Code, which sets down the rules for all motorsport classes, has been updated for this year to stop drivers and other competitors from making unapproved statements.

An addition to the ISC has banned “the general making and display of political, religious and personal statements or comments notably in violation of the general principle of neutrality promoted by the FIA under its statutes, unless previously approved in writing by the FIA for international competitions, or by the relevant ASN for national competitions within their jurisdiction”.

Competitors are also advised that “failure to comply with the instructions of the FIA regarding the appointment and participation of persons during official ceremonies at any competition counting towards a FIA championship” will now be considered a breach of the regulations.

Several Formula 1 drivers in recent years have used their helmet designs or clothing choices in the paddock to show their support for various causes. The new restrictions have prompted some criticism.

FIA president Mohammed Ben Sulayem explained the change. “We are concerned with building bridges. You can use sport for peace reasons,” he told reporters. “But one thing we don’t want is to have the FIA as a platform for private personal agenda.”

“We will divert from the sport. What does the driver do best? Driving. They are so good at it, and they make the business, they make the show, they are the stars. Nobody is stopping them.”

“I have my own personal things, okay, but it doesn’t mean I will use the FIA to do it,” Ben Sulayem added.

The clause in the ISC does not entirely ban political statements, providing they are vetted by the FIA first.

“If there is anything, you take the permission,” said Ben Sulayem. “If not, if they make any other mistake, it’s like speeding in the pit lane. If you do it, it’s very clear what you get.”