ROAR Before The 24/Rolex 24 At Daytona 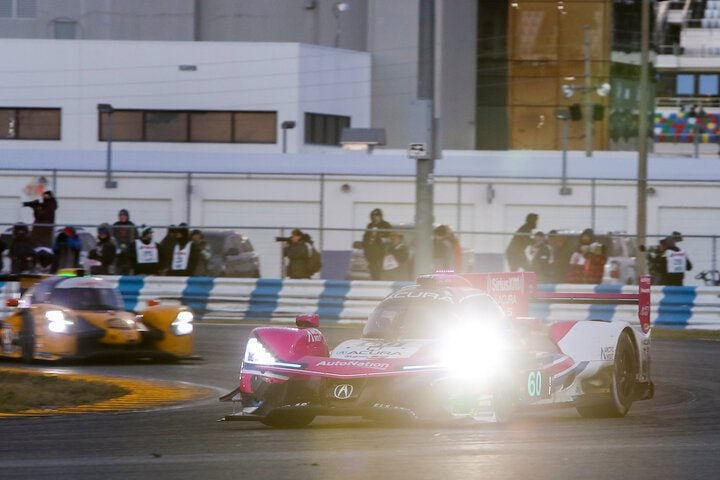 IMSA released the official entry list Wednesday (Jan. 11) for next week’s ROAR Before the 24 at Daytona International Speedway. There are 61 teams on it between the five different classes. Since the ROAR Before the 24 is mandatory for all teams intending on competing in the Rolex 24 at Daytona, the list more or less can stand as an entry list for the race as well. That said, driver lineups can change between the ROAR and the race weekend.

In the GTP class, there are nine teams entered, an increase of two as compared to the seven DPi teams from last year. There will be three Cadillacs from Chip Ganassi Racing and Action Express Racing, two Acuras from Wayne Taylor Racing with Andretti Autosport and Meyer Shank Racing with Curb-Agajanian, and the factory entries from Porsche and BMW.

All of the GTP driver lineups have been set in stone for quite a while. However, Action Express Racing’s No. 31 has a TBD on there. That is Alexander Sims. At the time the entry list was published, Sims’ IMSA license had not been issued. This will be the case for drivers in other classes as well.

In LMP2, there will be 10 teams on the grid, all of which will be driving ORECA 07-Gibsons. The two European squads making the trip have now revealed at least partial driver lineups. For Proton Competition, James Allen, Gianmaria Bruni and Fred Poordad are in the No. 55 entry. Allen’s recent experience is primarily in LMP2 equipment, while Bruni is a factory Porsche racer that will race for Proton Competition in their customer Porsche 963 later this year once the team receives their equipment. Poordad, 58, spent last year racing in the FIA World Endurance Championship’s GTE-Am class in one of Proton’s Porsches. Daytona will be his very first time racing a prototype in his 13-year career.

AF Corse is bringing over their squad that won the LMP2 Pro-Am subclass championship in the WEC last year. Nicklas Nielsen, who just earned a Ferrari Hypercar seat for 2023, will share with Francois Perrodo and Matthieu Vaxiviere. A fourth driver will be announced later.

In LMP3, there will be nine teams on the grid. The entry list locks up a number of pairing. Andretti Autosport will have Jarett Andretti paired up with Gabby Chaves once again. This time, they’ll be joined by Dakota Dickerson and Rasmus Lindh, both of whom have significant experience in LMP3 equipment.