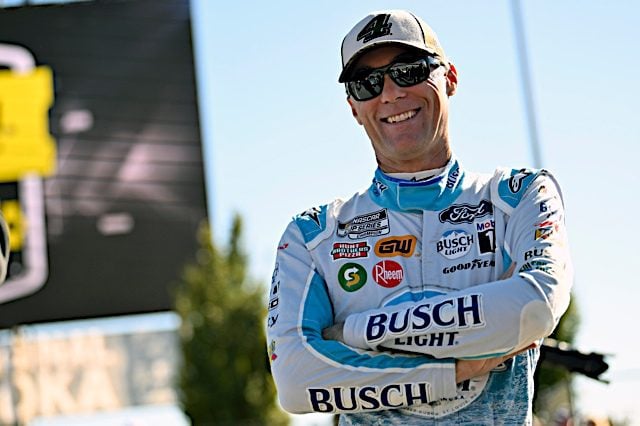 On Jan. 12, after an offseason of speculation, Kevin Harvick officially announced his retirement from full-time NASCAR Cup Series competition at the conclusion of the 2023 season.

For Stewart-Haas Racing, 2023 will be a year of celebration. Thirty-seven of Harvick’s 60 Cup wins have come with SHR, a total that accounts for more than half of the team’s 69 wins at the Cup level. In a nine-year tenure while paired with crew chief Rodney Childers, Harvick won the 2014 championship and made five appearances in the Championship 4. He will leave SHR as its most decorated driver, and everyone involved with the team will look to provide him with the greatest sendoff possible.

But at the same time, 2023 will be a year of uncertainty. Because once the checkered flag waves at Phoenix Raceway on Nov. 5, the face of SHR will no longer be behind the steering wheel. Who will step up to fill the void left by Harvick for 2024 and beyond?

It’s a daunting task for any team to replace a first-ballot hall-of-famer. Hendrick Motorsports has been fortunate enough to replace Jeff Gordon and Jimmie Johnson with Chase Elliott and Kyle Larson, respectively, two drivers that look poised to become all-time greats in their own right. But that’s not always the case for every team.

Sans Harvick, SHR’s 2023 Cup roster has a combined four wins. Chase Briscoe proved to be the team’s emerging star driver in 2022, as he scored his first career win at Phoenix and led 280 laps in his sophomore Cup season. Aric Almirola has scored two wins in five seasons at SHR, but his future with the team is uncertain after the expiration of his contract, which goes through 2023 with a driver option for 2024. Cole Custer was demoted to SHR’s NASCAR Xfinity Series team following subpar 2021 and 2022 Cup seasons, and Ryan Preece will take his place in the No. 41 for 2023.

SHR’s Xfinity lineup will consist of Custer, who will compete for his first Xfinity championship after runner-up finishes in 2018 and 2019. He will be joined by the returning Riley Herbst, who showed considerable improvement in 2022 but has yet to win a Xfinity race in two full seasons with the team’s No. 98 car.

But even with the rise of Briscoe, the mystique surrounding Preece’s first season and the possibility to promote Custer or Herbst, they alone won’t be enough to fill the hole left by Harvick. In reality, there are very few drivers out there that would fit the bill.

To find a replacement for the No. 4 car…