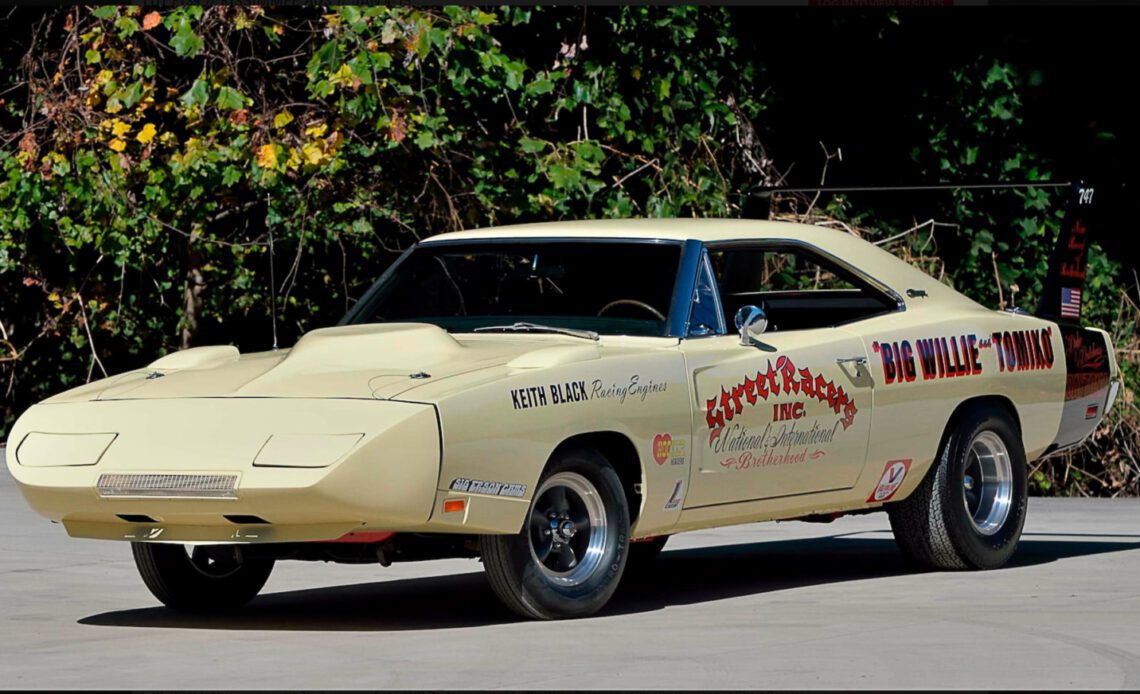 William “Big Willie” Robinson blazed a trail in the automotive culture of Southern California by founding the International Brotherhood of Street Racers. Robinson used the Brotherhood as a way to bring people together from all walks of life during the turbulent 1960s. At a recent Mecum auction, one of the infamous Daytonas that Robinson owned crossed the block and sold for a pretty penny.

The only thing that rivaled Robinson in size and reputation was his 1969 Dodge Daytona known as the “Duke and Duchess Daytona” that he and his wife, Tomiko, drove. The Duke and Duchess Daytona was one of three the couple owned and campaigned during their time with the Brotherhood of Street Racers. You can find many pictures of Robinson and the Daytona at numerous races during the late ‘60s and ‘70s.

You can learn more about William “Big Willie” Robinson here on the Larger Than Life podcast series that was produced by the Los Angeles Times. If you are curious to learn more about the history of the Duke and Duchess Daytona, check out the Mecum auction listing here.