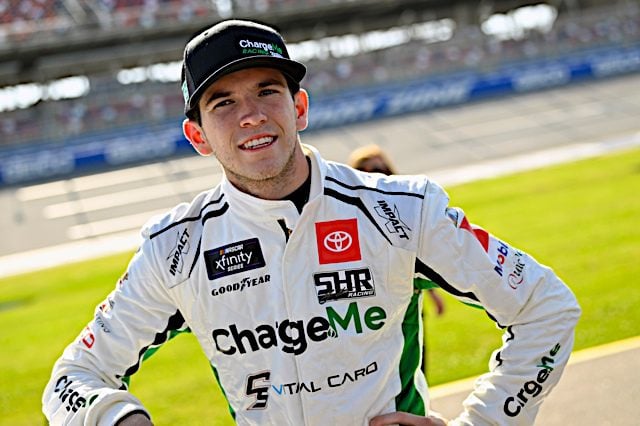 Chandler Smith will attempt to qualify the No. 13 for Kaulig Racing in the Daytona 500, Kaulig announced Jan. 18.

Quick Tie will sponsor the effort while also adorning Smith’s No. 16 for the team in the NASCAR Xfinity Series in multiple races.

Should he qualify, the race would mark Smith’s NASCAR Cup Series debut.

According to the release, Smith will drive multiple Cup races this year.

“This is a dream come true for me,” Smith said in a team release. “As a kid, you always have the goal of one day racing in the Cup Series. I’m hoping that comes true in this year’s Daytona 500. I’m thankful for Harvel Crumley and Quick Tie for the opportunity to run in multiple Cup races this year, and I’m beyond appreciative in the belief that Matt Kaulig and Chris Rice have in me.”

Smith’s other starts will come at Richmond Raceway, Talladega Superspeedway and the season finale at Phoenix Raceway, as well as the All-Star Race.

“Chris and I knew who we had in Chandler when we brought him into our team fold at the end of last year,” team owner Matt Kaulig added. “He made such an splash on the [NASCAR] Craftsman Truck Series in the last couple years. We have the utmost confidence in his full-time Xfinity Series run this year, and with Quick Tie, we think he will turn some heads in his Cup Series starts.”

Smith comes into the 2023 Xfinity season with three series starts under his belt, including one top 10. He scored three wins, nine top fives and 16 top 10s in the Truck Series last year for Kyle Busch Motorsports, finishing third in points.

The No. 13 becomes Kaulig’s first attempt at three cars in a Cup race. The team fields the Nos. 16 and 31 full time for AJ Allmendinger and Justin Haley, respectively.