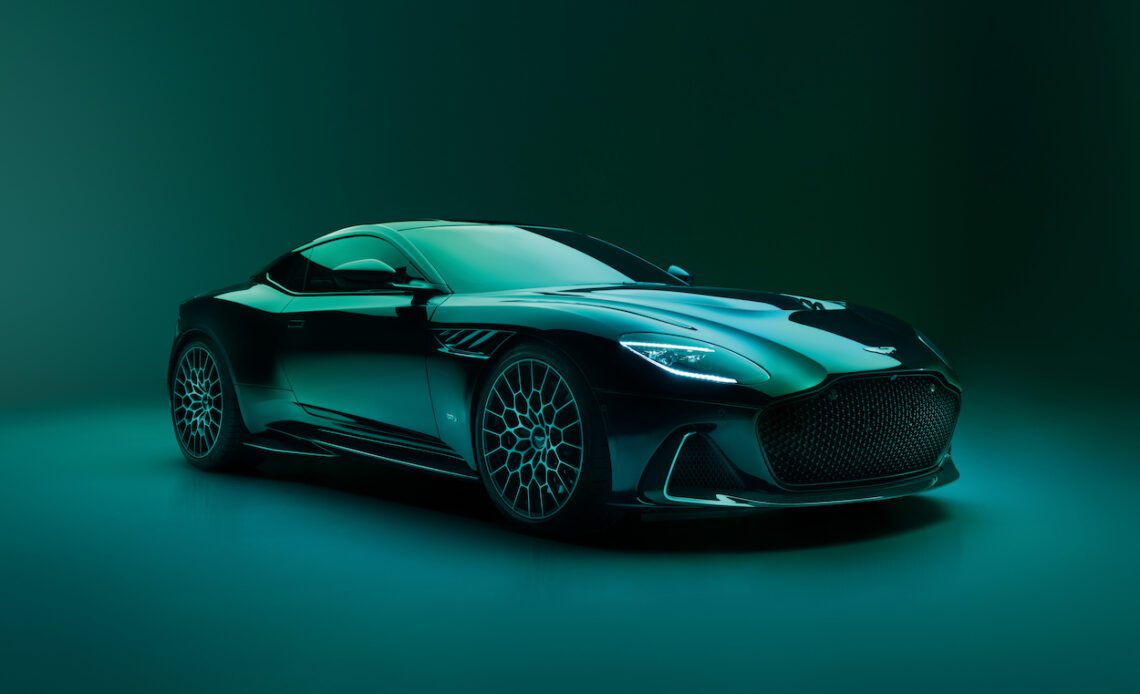 The DBS 770 Ultimate, a DBS that will surpass all others, is being introduced by Aston Martin as the current generation DBS’s production draws to a close.

The DBS 770 Ultimate is a forceful parting shot, as its name would imply. Extensive design and engineering improvements guarantee the Super GT flagship is an unforgettable and extremely collectable commemoration of Aston Martin’s flagship Super GT. It is the quickest and most powerful DBS to date. The DBS770 Ultimate, which comes in Coupe and Volante versions, will only be produced in 300 Coupes and 199 Volantes, all of which have already been pre-ordered.

An aggressive version of Aston Martin’s quad-cam 60-deg 5.2-litre V12 engine powers the DBS 770 Ultimate. This fantastic engine gains from redesigned air and ignition routes along with a 7% increase in maximum turbo boost pressure to produce 770PS at 6500rpm and a monstrous 900Nm of torque from just 1800rpm to 5000rpm, pushing the DBS 770 Ultimate to a top speed of 211mph. With an addictive blend of remarkable response, great in-gear acceleration, and the genuine V12 symphony, precisely tuned power and torque curves offer the driver a sense of limitless potential.

A mechanical Limited-Slip Differential (LSD) situated at the back of the vehicle and an automatic transmission with eight speeds made by ZF are used to transfer power. A special transmission calibration is also added to the DBS 770 Ultimate to improve shift times and driver participation and create a more connected driving experience. The supercar utilises the same 410mm x 38mm front discs and 360mm x 32mm rear discs as those installed on the DBS due to the inherent potential of Aston Martin’s Carbon Ceramic Braking (CCB) system.

The DBS 770 Ultimate introduces a new solid-mounted steering column to enhance the directness of the steering response further and increase the level of detailed feedback, enabling the driver to enjoy a more precise connection with the road ahead, feel what the front tyres are doing with the utmost confidence, and accurately gauge available grip.

The front end’s lateral stiffness has been increased by 25% to provide the DBS 770 Ultimate with the engaging personality and enhanced steering feel it is known for. This improvement was made possible by a larger rear undertray and an improved front cross member, resulting in a 3% increase in overall torsional rigidity for flawlessly balanced driving…