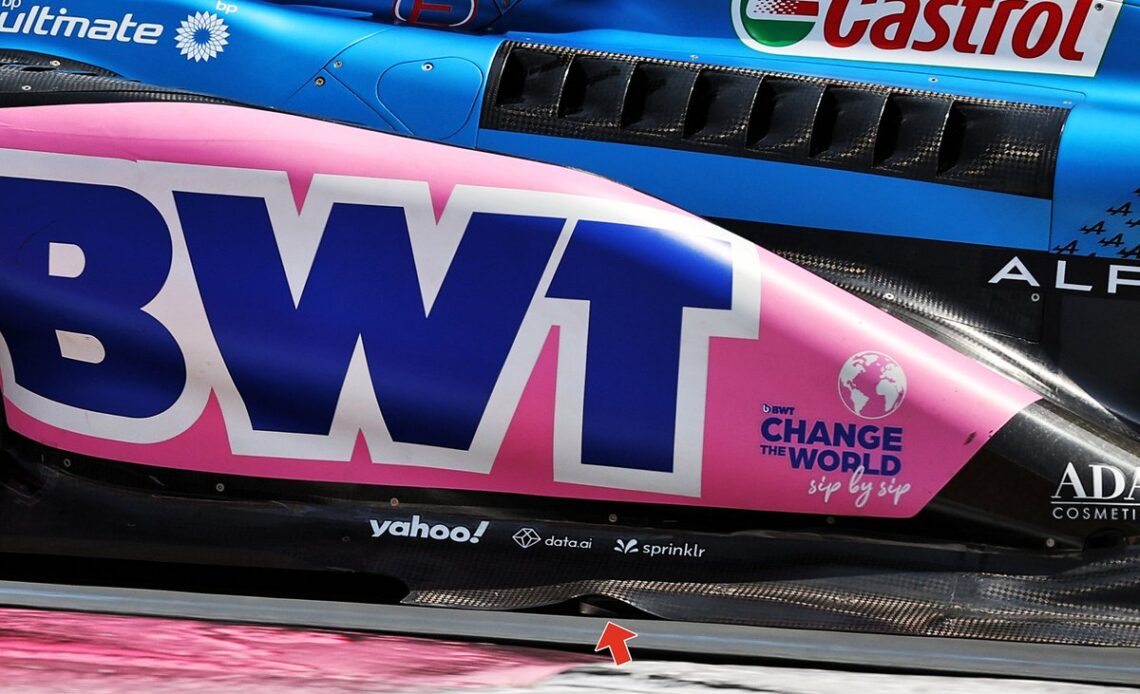 While some developments have been minor tweaks and optimisations, at other times there have been hefty upgrade packages thrown into the mix as the team balances a well-coordinated development programme that’s repositioned it in the fight for fourth place.

But while few of its rivals have been able to keep up with the scale of such revision, Alpine says there is no evidence of it running out of steam.

As Alan Permane, Alpine’s sporting director, said: “There’s been something every race. And that will continue. We’ve got another little small step in Hungary, and then we’ve got two decent steps in both Spa and Zandvoort.”

Alpine’s last major tweak revolved around its large sidepod update, which draws further inspiration from its own design stable, whilst taking influence from the Red Bull and Ferrari solutions.

However, last week in France it was the floor that was the main focus.

“For Silverstone we introduced our third floor of the year and this is an evolution of that,” added Permane.

“This is what we call the MK3B floor. There’s not actually so much you can see from [above] but the detail [mid cutout] is new.”

Whilst that midpoint floor cutout is clearly different from the original MK3 spec floor (inset), with the Red Bull influence once again clear to see, it’s the underside of the floor, which we can’t see, where the real action is.

Like Red Bull and Ferrari, who have subsequently adopted the solution, the A522 now features an ‘Ice Skate’ element.

As you’d expect, without having images of the underside of the floor on tap it’s difficult to show you the skate in any detail but, this image gives us a clear view of the outermost tip (red arrow).

What’s also incredibly apparent in this image is how the floor can be loaded in a multidirectional sense, as the forward most part of the floor (ahead of the forward floor arc) remains at a stable height above the track’s surface, whereas the rearmost section is riding low against the asphalt.

The team was obviously happy with the feedback from its drivers and the data being gathered too, as while they only had two of this version of the floor available in France, it had dispatched its spare back to its Enstone factory to be modified.

“[In France] I think we’ve got two Mk3B’s brand new and three of the A-version,” added Permane.

“The As are going back [to the factory] to be modified. It’s not really a job we can do at the track….