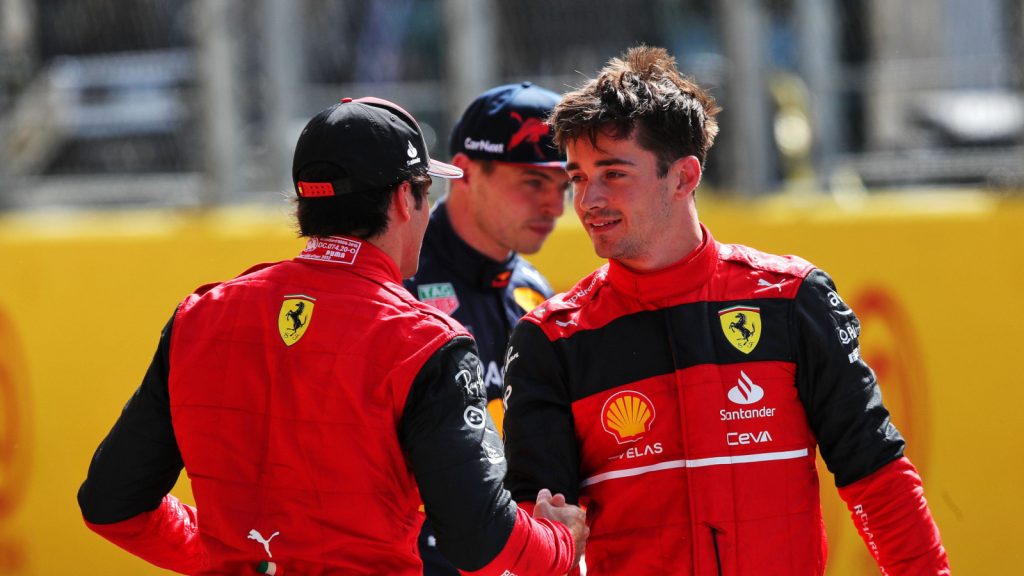 Max Verstappen believes the nature of the Hungaroring with its low-speed corners should play to Ferrari’s strengths, the driver predicting they will be “super strong” this weekend.

Carlos Sainz agrees, but concedes pace is not Ferrari’s weakness, instead that’s putting together a clean weekend.

Last time out in France, Verstappen and Red Bull extended their advantages at the top of the respective standings with the Dutchman taking a 63-point lead over Charles Leclerc after the Monégasque crashed while running P1.

It has pundits and rivals predicting “smooth sailing” for the reigning World Champion as he tries for two titles in a row.

However, Verstappen says it is not yet over, the Red Bull driver wary of Ferrari pulling back points at this weekend’s Hungarian Grand Prix with its low-speed corners.

“Personally I think it’s going to be a little bit harder for us, just purely [on] one-lap performance especially,” he said.

“I mean, I don’t expect it to be terrible, but I do think that Ferrari’s going to be super strong here, like they of course have been the whole year.

“But I do think that this is a track where they might be, let’s say, very strong. But we’ll see.

“Also, the weather, I don’t know what’s going to happen, how much rain is falling, but all these things can come into play, and it can do many things to the result.”

Thunderstorms are forecast for Saturday, heavy rain expected during both final practice and the qualifying session.

Sainz says Ferrari have to come through it unscathed, something the Scuderia have not managed to do in the last seven races.

Between retirements, botched strategies and crashes, the Italian stable has not had a clean run since Miami.

“We need it,” said the Spaniard. “But everyone needs a clean weekend, I think. We all strive for clean weekends, it’s just that in Formula 1, they are more difficult to get than what people think.

“And yes, we have a very competitive car. It’s true that we have some weaknesses to address with reliability, and everything.

“But it’s still a long year ahead. We have something like nine, 10 races, I don’t know exactly, and I think if there’s anything I’ve seen this year, it’s that anything can happen in every race.

“You know, it’s been such an up and down year for everyone. Even if the top four seems to be consistent, then the outcome of the weekend is not always as you expect. There’s still a lot to play for and a lot…