This Is What The Palm Beach International Raceway Looks Like Today 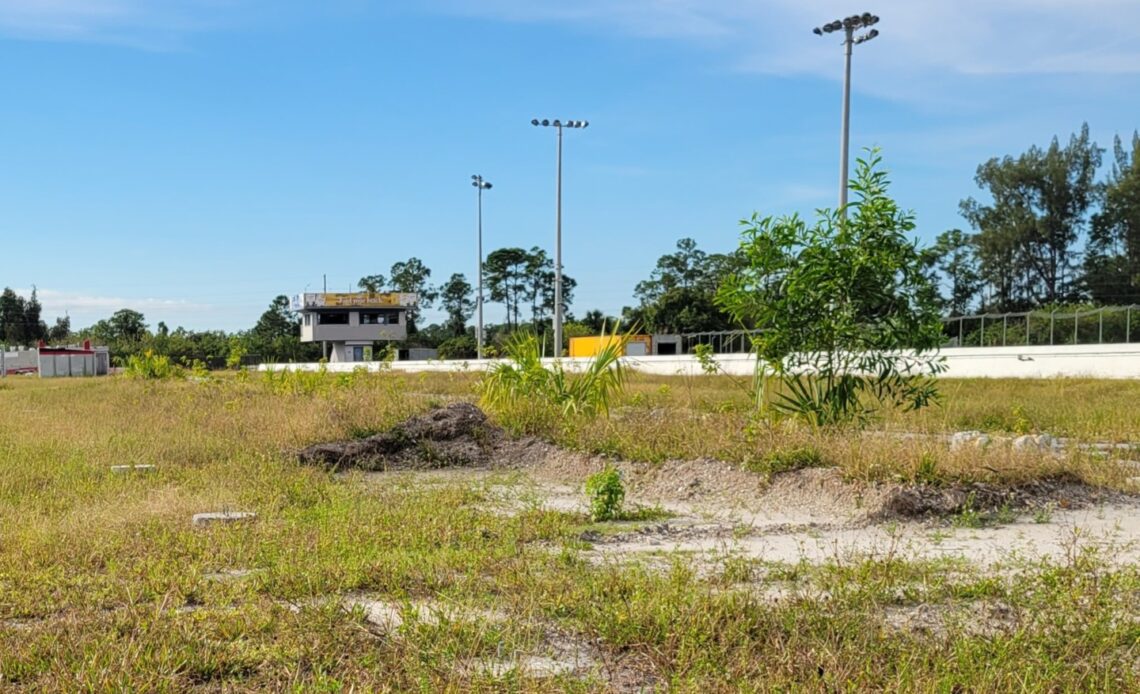 The Palm Beach International Raceway (PBIR) held what was likely its final racing event on April 23 of this year after 57 years of operation in the south Florida region. The facility, owned by IRG Sports + Entertainment, covers 200 sprawling acres of highly-desirable industrial space, making the land considerably more valuable than the drag racing business itself — this is particularly so in the aftermath of the pandemic, with land values at all-time highs. With that knowledge, IRG put the facility on the market and in due time, placed it under contract with Portman Industrial, a major warehousing operation, which had plans to redevelop the site into a large industrial site.

Local news outlets reported that attempts were made early on by groups interested in continued motorsports use of the facility, suggesting bids of perhaps as high as $55 million were made, but were 0utbid by larger outfits like Portman. And so, the facility, as promised, closed its gates and the deconstruction began. In the months since, however, its has been widely reported that Portman has stepped back from its agreement to purchase the property, although it is believed the company may still have interest once all of the political hurdles involved in converting the land to fit its uses are completed. In the meantime, the facility has returned to the market, and IRG is reportedly working to redevelop the land and complete all of the previously-mentioned red-tape involved in converting it over to industrial use.

IRG has made it clear that it intends to sell the property for the top-dollar that only an industrial-use operation could afford, and as such, promises it will never reopen as a racetrack.

“We want to be clear that the future of the property remains the same: it will be developed for logistics and distribution use, with a process underway to choose a new developer,” a spokesman for IRG stated to OnGardens.org. “The track is closed and will not be reopening.”

Illustrating just how much thankless time and work track operators across the nation invest in keeping their facility welcoming in appearance, PBIR has quickly spiraled without proper upkeep, and today looks like its been abandoned more like seven years, rather than a mere seven months. IRG has sold off the grandstands, scoreboards, and timing system, along with much of the rolling support equipment. Between the deconstruction, vandals setting fires and stealing various…